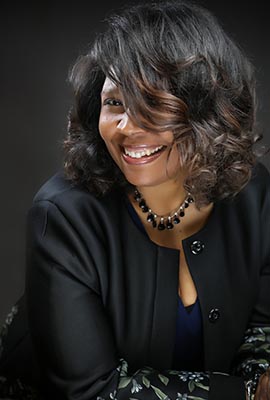 If you really want to know what’s going on with a business, you have to look at the numbers. Jennifer Jackson, Executive Vice President of Central City Productions, Inc., ensures that the company’s numerical picture gives sharp focus, so it can continue growing its core business of national television production, sales and syndication.

Jennifer Jackson’s primary training is in accounting. She combines her financial and budget management skills with knowledge of production to execute major projects for the Chicago-based company. On a daily basis, she collaborates with the CEO on short and long-term plans, compiles financial projections and analysis and serves as a liaison with legal and banking partners.

Ms. Jackson hands on view of all company functions that includes hands on experience in the areas of finance, production, promotions, digital, administration, and working hand in hand with the sales and syndication teams at Central City Productions.

With her hands-on management approach, she has overseen all show production elements from budget to execution. Under her guidance, Central City Productions has successfully presented shows including The Stellar Gospel Music Awards, the Trumpet Awards, Black College Quiz, Hispanic College Quiz, Mentoring Kings, Stellar Sunday, and the Bud Billiken Back to School Parade.

After more than 25 years on the job, Ms. Jackson says she is driven by her desire to build while also bringing greater efficiency to overall operations. Her training in accounting and finance with exposure to production provides a 360-degree view, and that view helps make a stronger forward thinking company, she says.

Ms. Jackson grew up in Chicago’s Hyde Park neighborhood. As a child, she remembers having a challenge with numbers in elementary school. After getting help through a special class, it clicked and launched her lifelong love of numbers. That experience still reminds her that everyone is teachable; they just need the right person to show them where it clicks.

A graduate of Kenwood Academy High School, Ms. Jackson went on to study at the University of Illinois at Champaign-Urbana. She earned a Bachelor of Science Degree in Accounting. Later, she earned a Master of Business Administration from the Keller Graduate School of Management.

Ms. Jackson enjoys community service. She is a member of Delta Sigma Theta Sorority Inc. and Trinity United Church of Christ. She also volunteers in the community by mentoring youths and tutoring in math.